Under the auspices of the Prime Minister, Mr. Muhammad Shayaa Al-Sudani, and in cooperation with the Women’s Empowerment Department in the General Secretariat of the Iraqi Council of Ministers, and in partnership with UN Women, the United Nations World Food Program, and the United Nations Population Fund, a conference was held to launch 16 days of activism campaign to combat violence against women.

In the presence of the Prime Minister, His Excellency the Minister of Immigration and Displacement, His Excellency the Secretary General of the Council of Ministers, representatives of international missions and civil society organizations. With the participant with the Director of Planning and Studies, Ms. Iman Zuhair, and the manager of Governmental Relations and Communication, Ms. Wasan Abdul Hussein Rasan, on Sunday 11/27/2022 at the Al-Rasheed Hotel.

The conference highlighted the critical role of women in public life and providing Legal and social protection to confront the violence that women may be exposed to within the family and society. The conference also highlighted the formulation of the national strategy for Iraqi women 2023-2025.

The Prime Minister raised in his speech that the woman sacrificed and struggled and was a true partner formen in various fields, and we are responsible to defend and empower women, and our goal Equating Iraqi women, since they are the safety valve for society, and we need women's efforts,perseverance and diligence in everywhere. 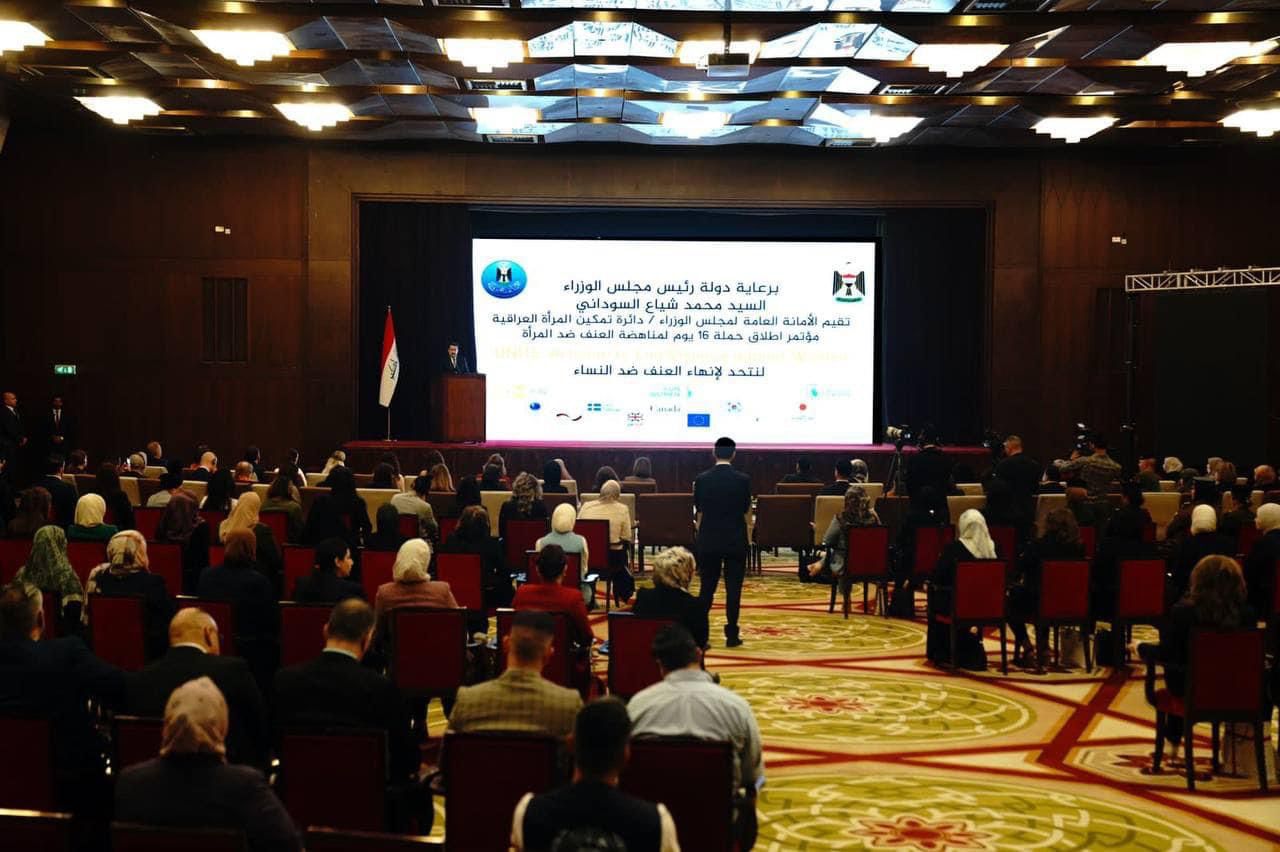 What is your opinion in our new webdesign ?

You can contact us by phone, email or the following quick contact form and we will get in touch with you as soon as possible.